Toot your own trumpet!

Should women act like arrogant self-aggrandizing jerks? A famous American consultant this year pleaded for women to take up this challenge. He called upon women to promote themselves unabashedly like pompous blowhards and reap the benefits – just like men are doing all the time. ‘People who don’t raise their hands don’t get called on. People who raise their hands timidly get called on less.’

Clay Shirky, who writes in the New York Times and Wall Street Journal on social networks and our digital society, wondered why men don’t have problems in stretching the facts about their abilities and yet women often do. He thinks women are modest because they are afraid to take risks. They fear they could fail but they also fear what other people think of them if they push themselves forward in the first place. So they opt for the ‘timid hand’.

But women themselves are only half the problem. There is a small detail Shirky left out… When men ask for something they are considered proactive. When women ask, they are being pushy. There is a double standard. Society still expects women to act differently to men. The underlying assumption is often that women don’t have the same right to be heard. A topic for another day!

The reality is that if you don’t ask, you will never get. Women that express clearly and calmly what they think, feel and want, emerge as winners. Guess what…they are also more successful economically and more likely to bring about change.

Do you think women should behave more like men in order to succeed in business? Social Impact is Essential to Your Business
January 9, 2022 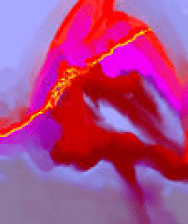